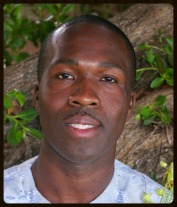 Celebrating 19 years of private practice in 2022, Dr. Bishara Wilson, DACM, L.Ac. is the owner of New York Sports Acupuncture, P.C. and is a practitioner of Traditional Chinese Medicine (TCM). He has a Bachelor of Arts degree from Wesleyan University, CT '98, and holds a Doctorate of Acupuncture and Chinese Medicine from the Pacific College of Oriental Medicine, NY.

He is a New York State licensed Acupuncturist, a Certified Sports Medicine Acupuncture Specialist®﻿, and is Nationally Board Certified in Oriental Medicine, Acupuncture and Chinese Herbology. (NCCAOM). He is also certified in Clean Needle Technique (CCAOM).

Bishara has traveled the world, studying with master teachers in China, Tibet, Senegal, the Gambia, and Ghana. He is also an initiate of the Long Men (Dragon Gate) Daoist brotherhood in China and Ntr Hru Cha (Sacred King Man).

He has been studying Traditional Chinese Medicine for over twenty years and has had a private professional practice since 2003. At New York Sports Acupuncture, you will be educated about and receive treatment according to your individual body constitution.

As an athlete, Bishara has also had his share of bumps and bruises, strains and sprains.

Since his high school years at Poly Prep in Brooklyn, NY, Bishara has proved to be very competitive in sports.

While in high school, Bishara was:

He continued competing at the collegiate level, running Track and Field at Wesleyan University, CT.

At Wesleyan he was;

As an undergraduate in college, he also began to study and practice Qi Gong meditation forms. This led to his interest and in Traditional Chinese Medicine.

He will get you back on your feet quickly and back to your physical workout, routine or training ASAP.

He looks forward to being of service and sharing his skills with you...!

For Email Marketing you can trust